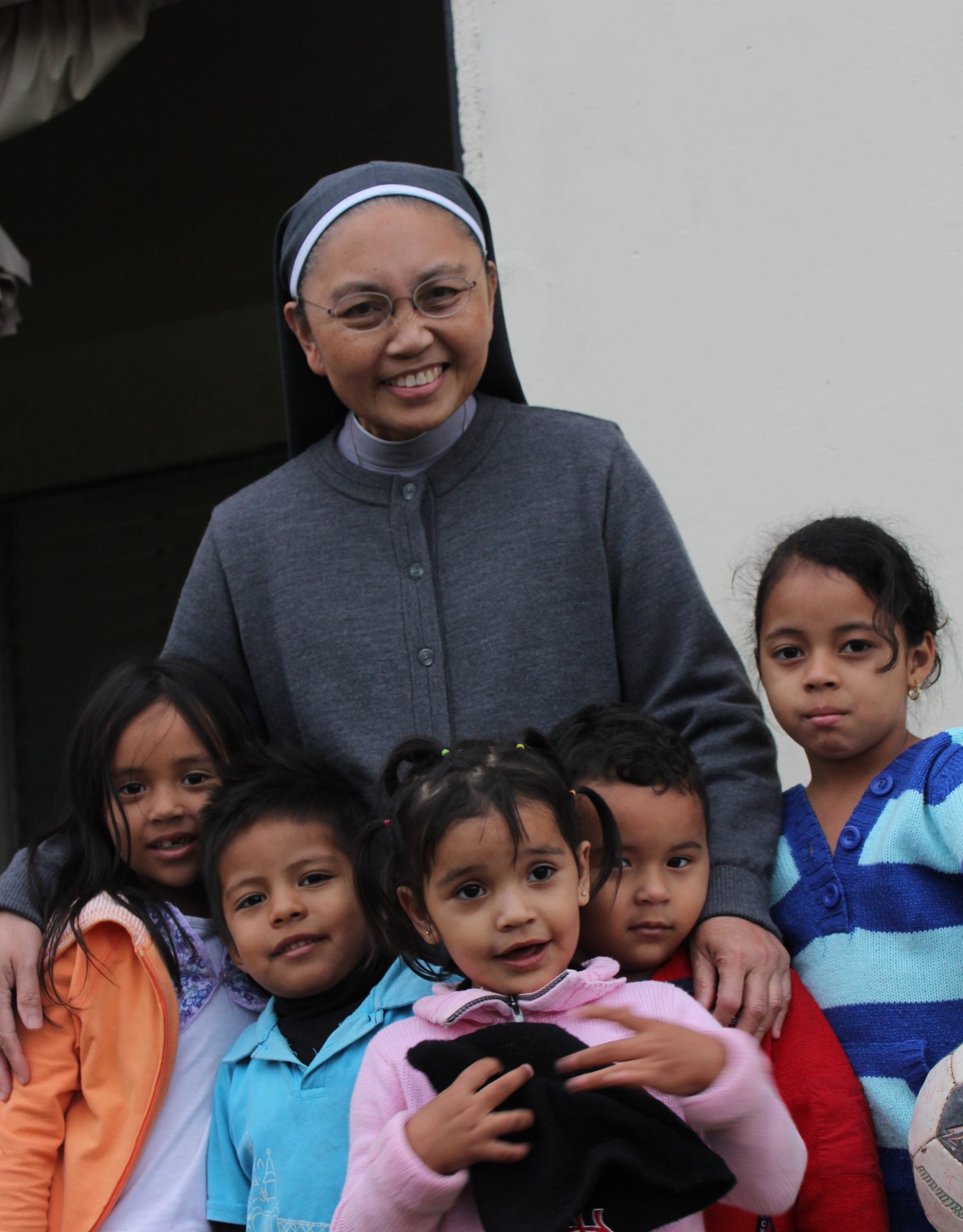 Sister Elena has been with the Sisters of Mary for over 30 years and is a very active member of our board of directors.

She comes from a family of teachers and graduated from the University of San Carlos with a degree comparable to that of a business economist. Sister Elena speaks Tagalog (national Filipino language), Cebuano, her native regional language, English and Spanish. She joined the Sisters of Mary on August 1, 1985.

She first worked in the Q.I. hospital in Manila, where our founder cared for the inhabitants of the tuberculous ridden slums. She was primarily responsible for the administration and distribution of medicines. Later, Sister Elena took responsibility for a family of about forty in Manila, including children from the age of 14 to 16-years old, and Father Al entrusted her with the choice and training of candidates who wanted to join the Sisters’ community.

In 1990, she was sent to Mexico and appointed to lead the future Village. Together with Sister Cecilia and Sister Margie, she took the first important steps to buy land that would first accommodate the training of six Mexican nurses and, later, be home to 800 children.

When the opportunity arose in 1997, Sister Elena led the project to extend their humanitarian work in Guatemala. In 2000 she returned to her native home to be responsible for all the Sisters’ programmes in the Philippines as a Provincial Superior.

Sister Elena is currently based in Tanzania where she has led the development of the new care and education programme for girls in Kisarawe and the construction of the new day-care and training centre in Kiluvya.