Roel is the 9th of eleven children, born in 2004 in Lipata, Hilongos, Leyte in the Philippines.  His father died in 2010 when Roel was 6, leaving his mother to care for the family alone.

The young family faced enormous difficulties as the only work his mother could find to support them was babysitting and this meant working away, leaving the children alone in their mountain home. She would return only at the weekends.

Roel had to grow up quickly and help care for his siblings. He says he felt a lot of responsibility almost like a father. When he was ten years old, he started to work in his neighbour’s rice field, planting and harvesting rice. He did a variety of other manual labour to help feed his brothers and sisters. Despite this, they frequently ran out of food and then he would harvest root crops like sweet potato or banana or beg for food.

School was not always possible because of the challenges of his life but when he was able to attend, the school was a long way from his home.  He would have to cross 3 rivers and some narrow roads to reach it. Leaving the house at dawn he would not be back until night. The river would often flood and he would need to carry his siblings to cross and there were times when despite these efforts he was defeated by the strong current of the water. 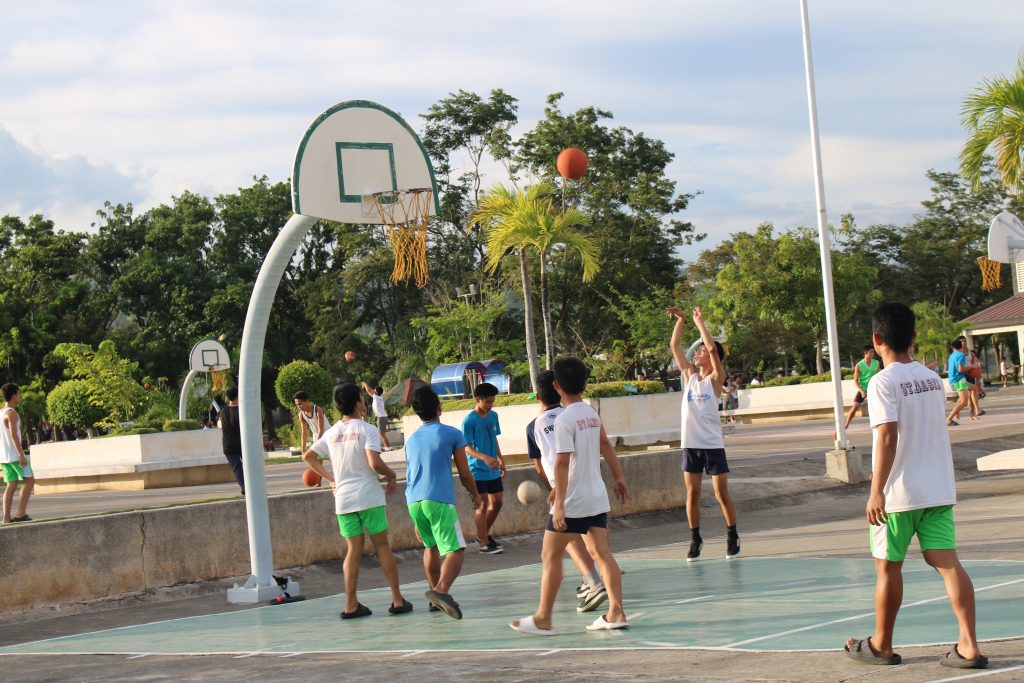 In 2017 Roel was introduced to the Sisters of Mary working in his region. They were deeply touched by Roel’s difficulties and were able to offer him a place at their school for boys in Minglanilla, Cebu. With the permission of his mother he joined the St Blaise family at the school later that year.

He says “I was so happy and felt blessed when I was able to enter Sisters of Mary School. If I didn’t make it here, I think I wouldn’t be able to study. Maybe I would have given up my studies to help my mother and support our family. Or, maybe by now, I would have my own family just like my siblings who married at an early age. If not because of the Sisters of Mary, I would not be where I am now.”

He feels that being part of the Saint Blaise Family is a blessing for him. “At first, when we were formed as one family, everyone was silent, and I still had to adjust especially with whom to share my problems. But, after some time, I saw that our family was really jolly and fun to be with. When I have problems, my dormmates won’t leave me until I feel better. Every one of us treats each other like real brothers. And that is why they are so important to me.”

In the care of the Sisters, Roel loves everything school has to offer particularly athletics, especially running. He also likes  singing and playing basketball. In addition, he loves to compete and enjoys joining the Maths contests.

In the future, he wants to be a seaman.  He says “its really my dream job. For me to achieve that, I’ll probably find work after I graduate here in Sisters of Mary so I can help my family and save for my studies. I plan to work for three years or until I have enough money to fund my studies. If there are opportunities for me to study college immediately, then I will love to grab them.”