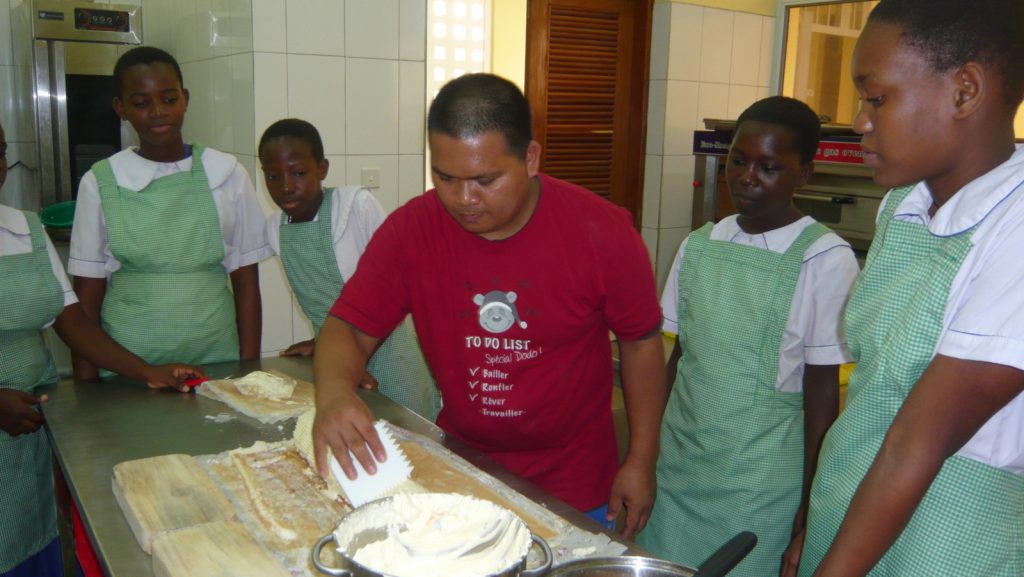 Melvin graduated in 2005 and with the help of the Sisters found a position as a culinary assistant at the Marriott Hotel in Cebu and he worked his way up developing his skills along the way.

With his wages he was able to support his family who were devastated by Typhoon Yolanda (Haiyan) in 2013, during which is father was tragically killed.

Melvin was born into a family of twelve living in one of the poorest communities in Cebu, Philippines. They were struggling to survive when the Sisters discovered them in 2000 and were able to offer Melvin a place at the boys’ school in Minglanilla. He thrived at school and was eager to learn a trade so he could get work to support his large family. He particularly excelled in the cooking classes. 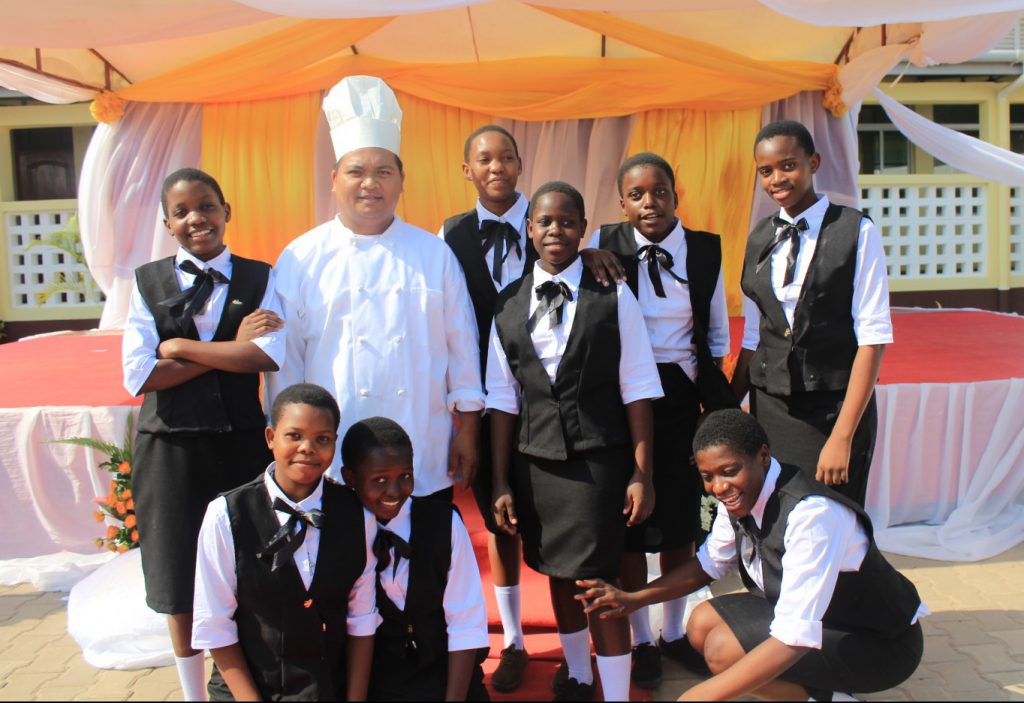 After spending a period of time teaching culinary arts at the Sisters of Mary school in Biga, Melvin was offered a post at the Hilton Hotel Group in Saudi Arabia where he honed his skills in baking, pastry, and bread-making.

In March 2019, the Sisters contacted Melvin and offered him a position at their new school for girls in Tanzania. Now 33, this was a big decision for Melvin but he was anxious to support the Sisters and to repay them for their kindness so he accepted the position in 2019  to help teach cooking and culinary arts to the girls.