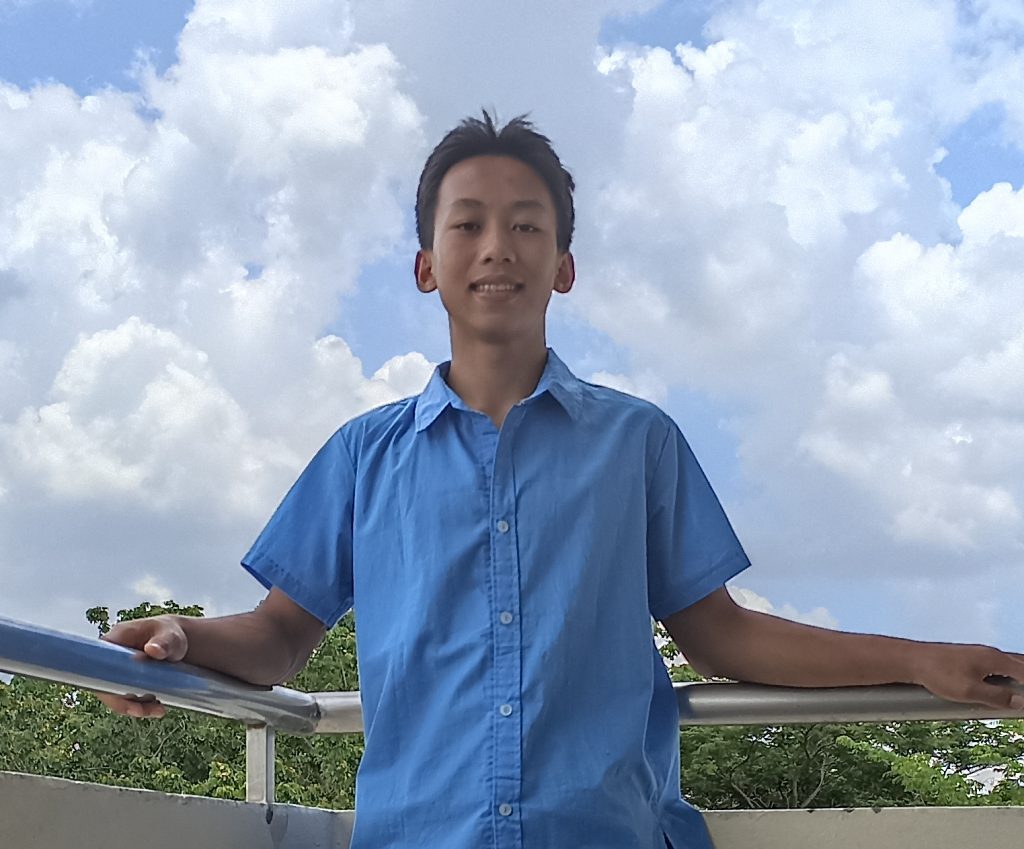 “A great man once said, that if you want to be prosperous, you must be inclined to walk alone”.

My name is Lim. I was born in 2004 into a destitute home in Bagabag, Luhong, Tinoc, Ifugao, Philippines. I am the third of eight children. Our home is surrounded by several mountains and forests, and we survived by farming. Even as a child, I worked alongside my brothers and sisters to provide for our family’s basic needs. However, many times we had to eat cassava and taro when there is nothing else to eat, and sometimes we just ask for help from our neighbours if they had anything to give.”

Farm work was tiring but Lim tried hard so that he could help his family have a better future. With such a large family, life was chaotic, often his father would drink and abandon the family and Lim would be forced to care for his younger siblings even taking them with him to school on his back rather than leave them unprotected at home. 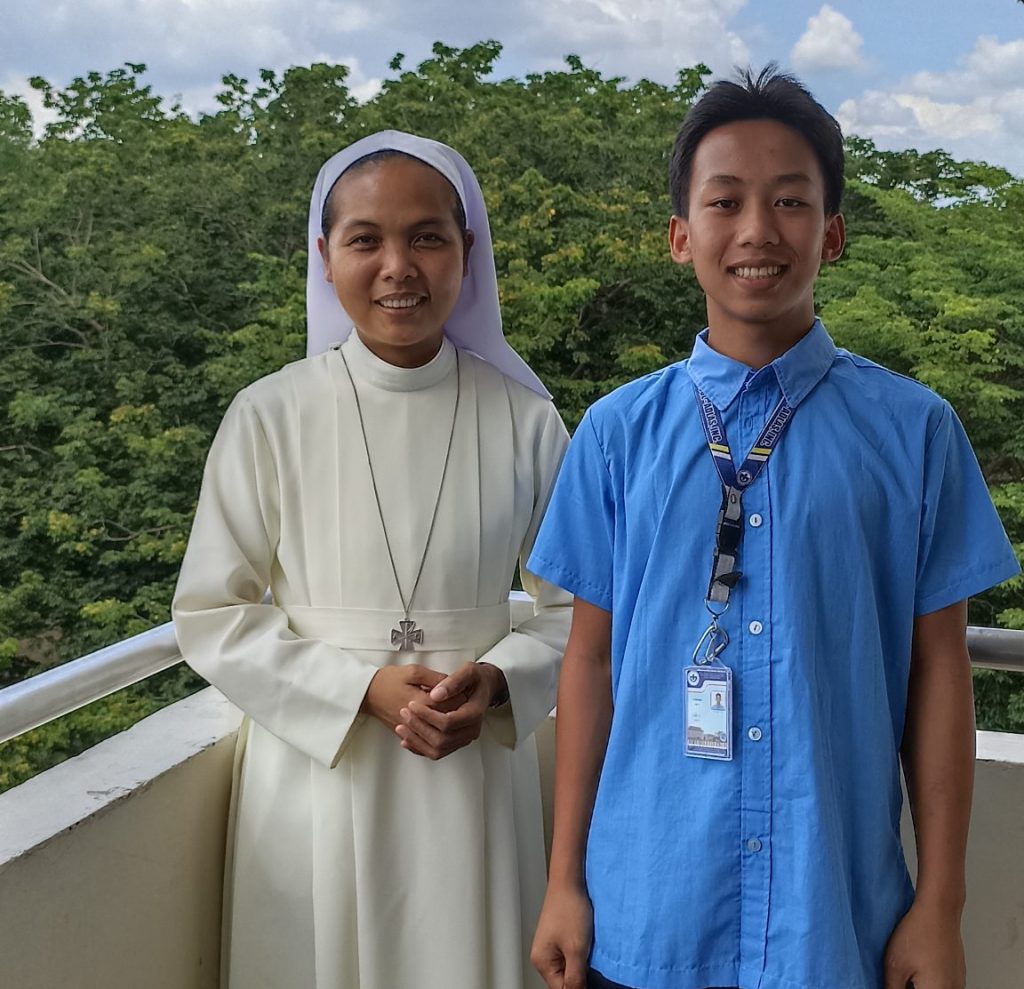 After school Lim continued to help at home but life with his father was difficult.  He says “the situation with my father was so horrific I often decided to sleep in our school because I had learned to drink alcohol from my cousin and had nowhere else to go. And when my teacher saw me, she let me into her office, where I cried to her and expressed my grief.” Lim was eventually able to finish his junior school but there was no chance of further education and so he continued to work in the fields helping his family until one day in 2017  he was introduced  to the Sisters of Mary and offered a place at school in Adlas, Philippines.

He says  I was so grateful to be in the care of the Sisters in the St Jerome family. I was sad because I was away from my own family but  glad because our household expenses were reduced, so I focused on my studies, and made them my motivation. I want to help my family and support my neighbour who is also in need of assistance soon. 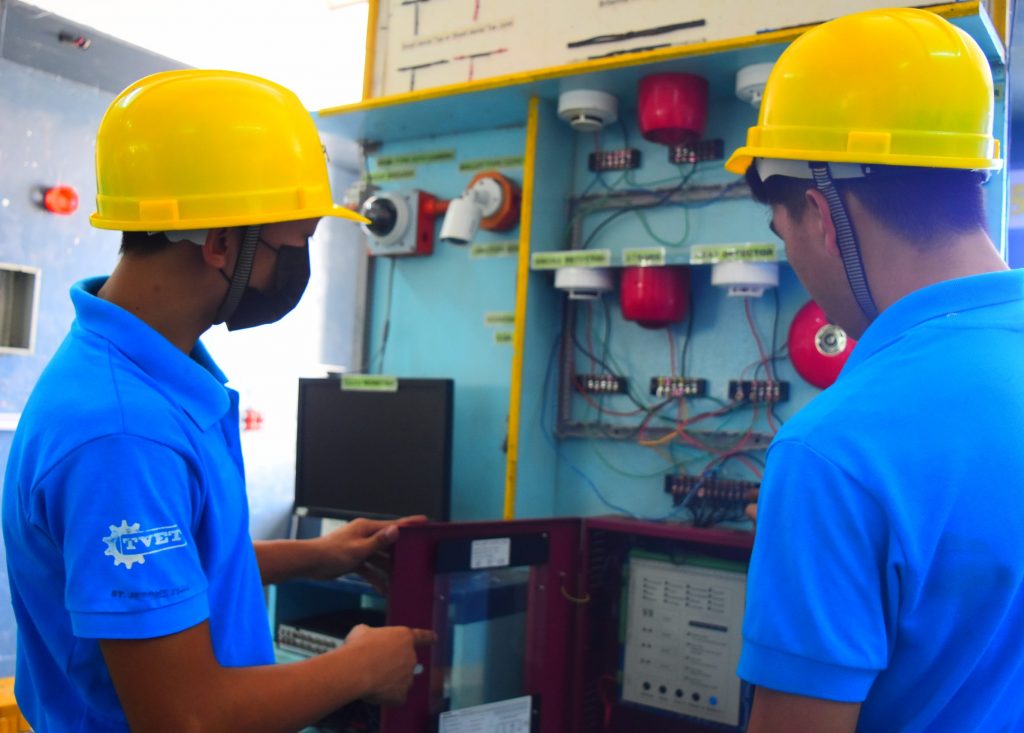 Lim has enjoyed his studies and the “numerous things you can learn and apply in your daily life”.  Now in his final year he has focused on technical skills such as fixing and operating cars, installing CCTV and FDAS wiring, and participating in a range of sports. He says, I owe it all to the Sisters of Mary. When I graduate from Boystown, I intend to continue my education at university and pursue my dream of becoming a police officer who lives by the school’s principles . I also will assist the Sisters of Mary School by contributing to and assisting those who are in need.