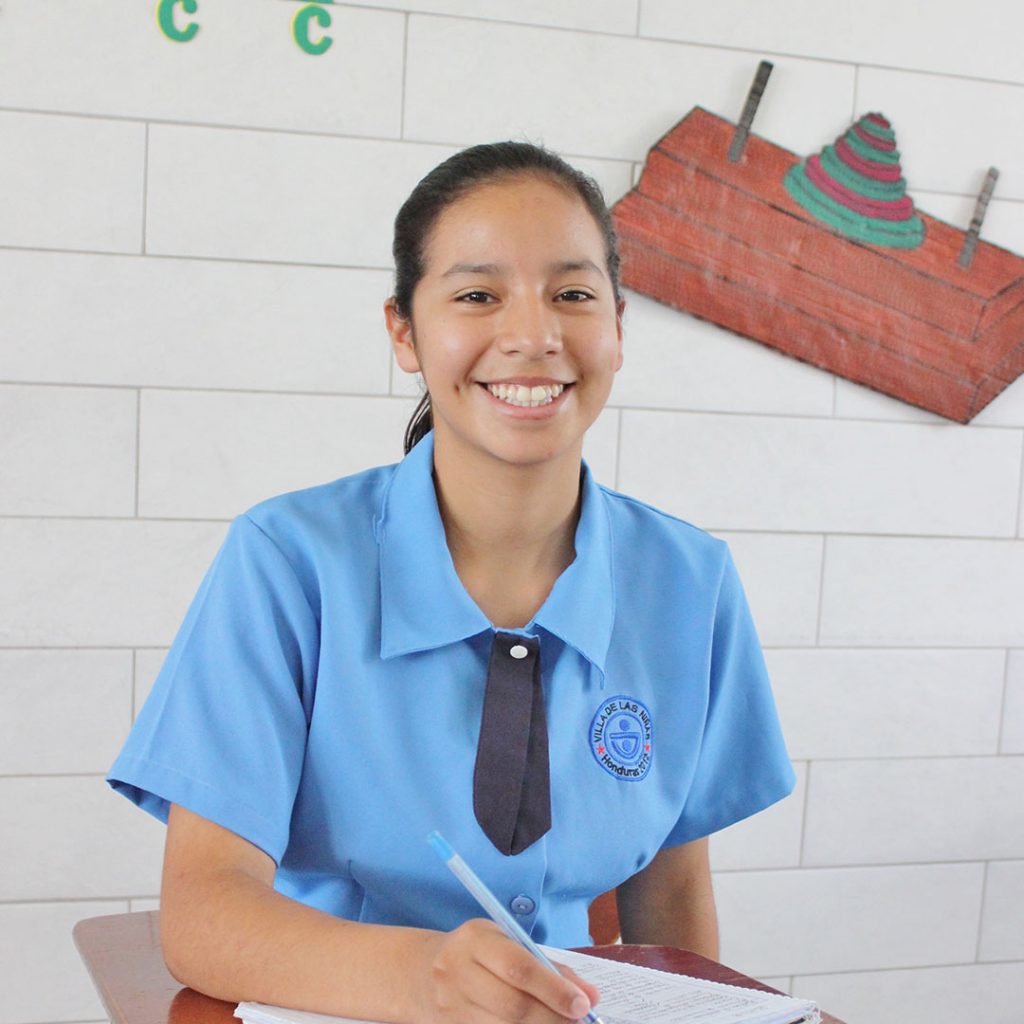 Eva was the youngest in a family of eight children living in the slums of Honduras.

Her father was a construction worker but work was unreliable and the family struggled to survive. Living in poverty, begging and scavenging on the rubbish dumps, life was harsh for them all. Instead of attending school the children were working long hours in danger to support themselves.

In 2013, the Sisters of Mary met Eva and, with the generosity of our donors, they were able to provide a place for her at school in Tegucigalpa in January 2014. Eva studied hard at school and in the care of the Sisters she excelled in her subjects. In June 2018, she was awarded the Gold Award for Academic Excellence, an award for only 12 students in Honduras each year. In July 2018 she represented the school in the regional Maths Olympiad. She went on to win this and then the National Math and Physics Olympiad. Later in 2018 she represented Honduras at the Ibero-American Physics Competition held in Porto Rico.

When Eva first started school she wanted to become a teacher. Now aged 18 and with her new skills in Maths and Science she wants to help her family and ‘bring food for all the poor people in Honduras’ and she has won a full scholarship to Zamorano Agricultural University in Honduras, centre of excellence for agricultural studies in Latin America. She is a shining light at the University and destined for a future professional career that will be ‘of benefit to the most needy communities.’