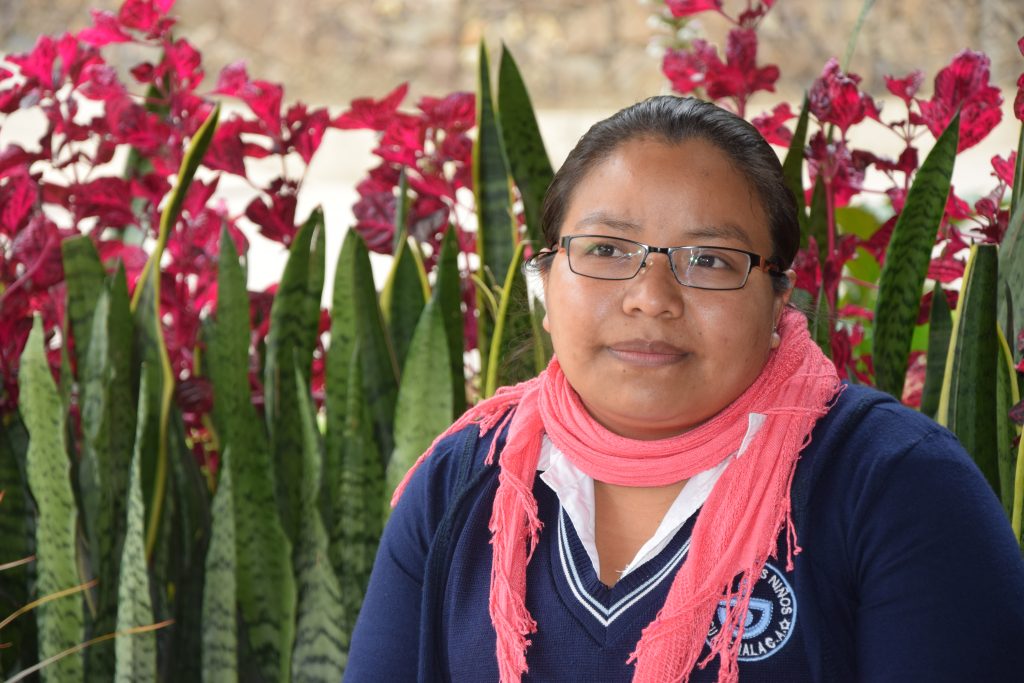 Clara is a graduate of the Sisters of Mary programmes in Guatemala. She is one of 10 children in her family, raised in terrible poverty in Sololá, near Lake Atitlan. The Sisters of Mary met Clara on one of their early community visits in July 2000 and she was able to join the school that year. Clara thrived and on leaving the programme in 2004 went on to study Maths and Physics at University. She became a teacher and was subsequently recruited to teach Maths and Physics to the girls at the Sisters of Mary girls’ school in Zona 13. Once she was established in her career Clara wanted her brothers and sisters to have the same opportunity so she supported all of them through school, paying to put them all through university and to help them into work. She continues to support all their siblings as they start out in the world. That is 25 members of her family who can thank our donors for their new lives free from poverty.